Paranjoy Guha Thakurta on the need for independent reportage 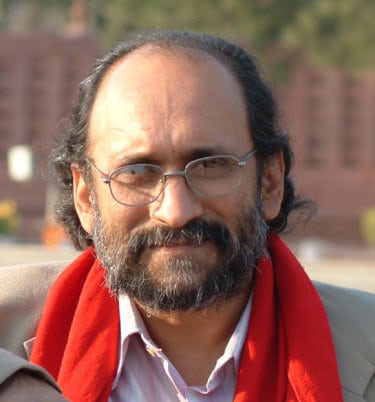 Paranjoy Guha Thakurta is an independent journalist, author and documentary film-maker. His work has apperared across various medium – print, radio, television and documentaries.

The veteran journalist has time and again, weighed in on various issues published through India Together. He shared his views on the debut performance of the Aam Aadmi Party, in the December 2013 elections.

The publication has also featured some of his work too –Freedom Song, a film on the deep angst shared by the creative fraternity in India over the assault on free speech and GAS WARS: Crony Capitalism and the Ambanis, his controversial book on the alleged irregularities of the prices of natural gas in the Indian market (Reliance Industries Limited sent Guha Thakurta a legal notice for defamation through this book).

Paranjoy has authored the draft report of the Press Council of India subcommittee on paid news, called “Paid News: How corruption in the Indian media undermines democracy“. He also participated in Media Watch’s event: “Who owns the Indian media? And does it matter?‘, where he spoke about the implications of recent trends in media ownership on citizens’ freedom of expression and right to information.

It was only inevitable that we reached out to an old friend and our supporter,  for a quote on what he though about India Together. This is what he had to say.

“If the media does not play the role of an adversary or an antagonist to those in positions of power and authority, the checks and balances that are needed to strengthen democracy become weak. At a time when much of the mainstream media in India and other parts of the world has been compromised on account of pressures from different sections — large corporate entities, including advertisers, political parties and their representatives and government bodies — the spaces for independent reportage, critical commentaries and investigative journalism need to be preserved and nurtured.

This is what “India Together” is doing and I wish Oorvani all the very best for its future endeavours.”

Thank you sir. We truly appreciate your support!

previousThe heroes among us – Our donors
nextDelinking revenue and news coverage: The way to go for journalism?