Delinking revenue and news coverage: The way to go for journalism? 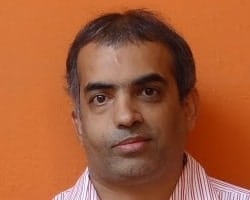 I was at T John College on Saturday, speaking to students of media and journalism from different institutions, who were attending a seminar at the college. A lot of the young men and women in these colleges are quite hopeful of making an impact through their work, and helping to build a better society and country through their roles as watchdogs and reporters. But they are also running into a delusion.

By their own admission, media is not a well-liked profession. The public has a dim view of what the media does, and thinks that a lot of it is quite pointless. Yet, these kids feel they can make a difference. When I pointed out that many other students of media, in years past, probably thought the same too, they realised they may be wishful about their chances, but I don’t think that dented their basic optimism.

The whole country is in a delusional state, when it comes to realising how under-developed we are. And the media, as the conveyors of this delusion, are if anything worse off than the audience. With careers to protect, and economic aspirations to maintain, too many of them simply get sucked into a world of ‘he-said, she-said’ reporting, and uninformed relaying of stuff they barely comprehend.

But it need not be this way. For one, the emergence of social and internet media is putting pressure of media professionals to show how they are different from anyone else who can write or make a film, and also allowing audiences to select content more carefully. Some people have ditched the TV, and many are running away from newspapers. All of this is being replaced with two distinct streams – one, that is pure entertainment, and another that is serious, informative journalism.

Perhaps it was a mistake to have brought these two together in the first place. The world of the 20th century newspaper, radio and TV may have been an artificial one, relying upon revenues linked to consumption of products and service while purporting to deliver news and information in the same channel. Separating the two could restore each to its place.

This article was first published on Ashwin Mahesh’s blog on Citizen Matters, Ideas at Work, and has been republished here.