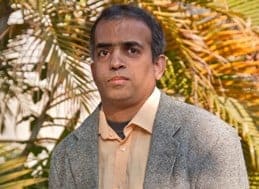 For several years now, I’ve had one theme around which I felt we could push for change – “rather than try to solve problems, we should focus on increasing the number of problem solving people”. In different spheres, that is now happening in the city, and that gives me hope. A few examples …

The BCLIP initiative of B.PAC trains 100 people a year in understanding local governance, so that they can be better prepared to contest BBMP elections. In a 5-year term that is 500 graduates, with more than half of them also doing projects in their wards after the course.

Sathya Sankaran, Subbaiah T.S. and others are creating a neighbourhood indexing scheme to measure environment, safety, mobility and more at the local scale, and doing it in a way that ordinary people themselves can collect this data, and then understand what projects they need to fix their neighbourhoods.

At Mapunity, we created instance-able tools to do many small projects – documenting local history, identifying and mapping trees, building a toolkit for improving access to Metro stations, a signage platform for bus systems, mapping public health through hospital records, etc. – which people in different cities are able to use for their own local push for change.

Citizen Matters built a template for local journalism that is being adopted in other cities, with much sharper focus on local issues, civic affairs, communities, and journalism from citizens themselves. In the next year, all the Metros should have a Citizen Matters platform.

The Takshashila Institution began teaching public policy to regular people, helping to educate a lot more folks about approaches to solving public problems, and also proving in the process that some things can be taught much better that they currently are. I hope this model will be expanded to included Journalism in the next phase.

The model for citizen-engaged management of lakes, pioneered at Puttenahalli Neighbourhood Lake Improvement Trust was adopted by many other communities, and with the support of United Way Bengaluru – ಯುನೈಟೆಡ್ ವೇ ಬೆಂಗಳೂರು in particular, began to help people see what they could do themselves.

Praja pioneered the idea of citizen-mooted projects and showed that these can be even on large-scale, not just at the local level. The gradual acceptance of the Commuter Rail System is proof of what can be achieved from the ground-up.

Citizens for Bengaluru gave this and many other initiatives a progressive push, helping to gather the voices of citizens in large numbers for and against things.

The Namma Bengaluru awards began recognising those who contribute to the city as the real heroes, and held them up as models for others to emulate.

Rainwater Club And Biome Environmental Trust began mapping the sub-surface water in the city, and working with communities to help them understand their risks, and become more responsible towards water use. Rainbow Drive and others set incredibly good examples.

… these things carry the potential for a very different imagination of our cities, over time. I’m sure there are others that I’m not including here. The key point I am making is this – almost everything in the city that is changing for the better is the result of more and more people getting involved, whereas almost all that is wrong is the result of reluctance to embrace this participation.

Ashwin Mahesh is a trustee at Oorvani Foundation.