Focus on Local Journalism at #IPIWoCo 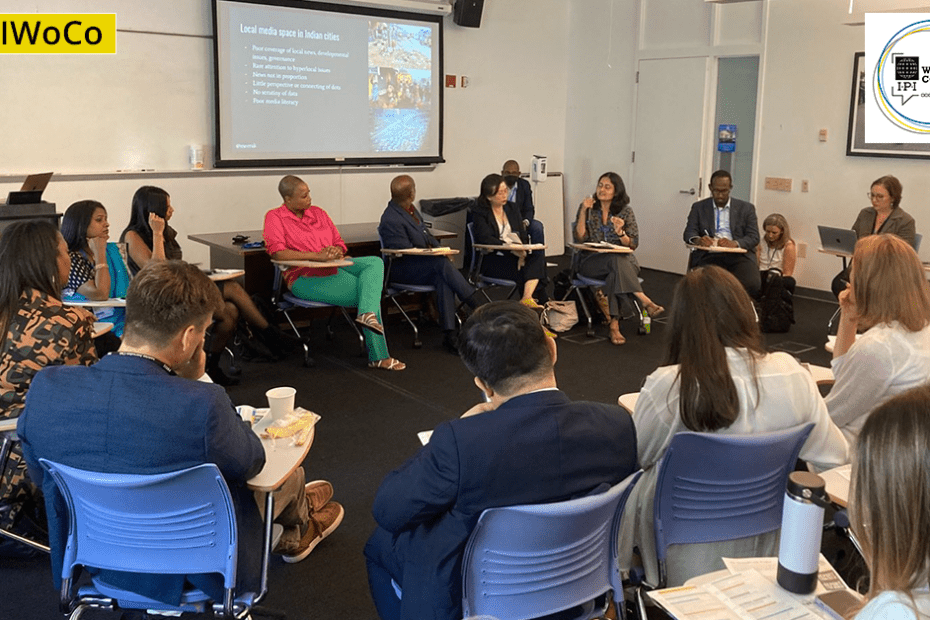 Two discussions on local journalism at the recently held three-day International Press Institute’s World Congress in New York, brought together founders, editors and publishers of some pioneering local publications from South Africa, India, Indonesia and the US.

The panel Local news on the frontline of democracy highlighted the need for and examples of innovation and creativity in the local media space. Participants talked about how their local news organisations play a vital role in holding local officials, businesses, and even non-profits to account.

Sarah Alvarez of Outlier Media, a Detroit-based service journalism initiative, explained their approach – enterprise journalism complemented by a text information service that makes it easier for residents to navigate their city’s broken systems. She said the idea is not about covering crises but about preventing crises.

It is the media’s job to call attention to cracks and breaks in systems before they affect large numbers of people. Local media helps its audience understand issues better, and also how they can get involved in making a difference. Sarah said Outlier Media not only fills the information gap but also creates opportunities for people to get involved — for example, they train citizens to cover city meetings and document them.

Even the most well-funded of newsrooms don’t have enough resources to cover all the stories that deserve to be told. Citizen journalism and community media help reduce this gap. It empowers community members to get involved in fulfilling their information and communication needs. The pioneering Khabar Lahariya takes this approach, training women from rural communities to report news from the Bhundelkhand region.

At the panel Around the corner, around the world: Local journalism on a global scale, Kavita Devi, Co-Founder of Khabar Lahariya, talked about how involving women from the grassroots as writers and reporters, democratises news and brings community voices to the public discourse.

Like Khabhar Lahariya, initiatives like The Sowetan (South Africa), Project Multatuli (Indonesia), Sahan Journal (USA) and Haitian Times (USA) came up specifically as responses to fulfil the information needs of underserved communities. Mukhtar Ibrahim of the Sahan Journal which serves Minnesota’s immigrant communities pointed out that mainstream media looks at them only when something “big” happens, like the killing of George Floyd. Initiatives like his work bring diversity and fairness to the issues covered and the voices heard.

National news typically dominates the mainstream discourse, even though “local” is what affects our day-to-day lives. Moderator Preeti Nallu, Global Director, Report for the World, pointed out how local media can present even larger issues like climate change into locally actionable issues and create audience engagement.

Meera K, Co-founder of Citizen Matters, spoke about how at the local level, one actually has a chance to engage, influence and make a difference. For example, while larger issues like national security are not things that lay citizens can influence, it is possible for them to push local officials to fix wastewater treatment systems. Citizen Matters also collaborates with citizen journalists, who share their experiences in navigating systems and finding solutions to local problems.

Globally, experts are united in the view that there is a crisis in local journalism. Studies show the creation of news deserts across American communities has led to increased corruption and declining voter and citizen engagement.

In India, initiatives like Khabhar Lahariya and Citizen Matters are working to bring attention to issues that truly matter, and add diverse voices to public discourse. Our work, enabling a shared understanding of local challenges and expectations from the state, serves as community glue. This is helping strengthen civic engagement in our communities.