Citizen K – Interview with The SoftCopy 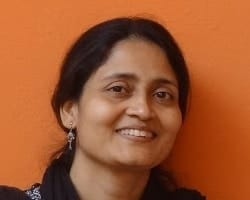 Students from Indian Institute of Journalism and New Media (IIJNM) had a couple of questions for Meera K, co-founder of Citizen Matters, on its role in Bangalore’s civic life. Read on to know what she had to say.

Around 2005-06, I started realizing that I didn’t have a good understanding of the city, though I’d been living here for over a decade. I had questions like what is the government doing to solve traffic issues, why is the city so messy, etc. Even information on city events or bus routes or government services was not easy to obtain. Most media focused on “more important” topics related what was happening at the center or state level.

In 2007, Subramaniam Vincent (my co-founder) and I went around talking to residents associations, active citizens, young people, and found the local space was indeed neglected by the media and there was interest in knowing more. But local does not mean small—we were already 8 million in population; we deserved our own media! Our favourite one-liner is “our city would be a country in Europe, going by population alone.”

RR, Rashmi Sinha and SG: Do you think Citizen Matters has made any positive changes in Bangalore? If so, could you cite some examples?

There is a lot more consciousness, a lot more interest and involvement in city issues in the last few years. I believe we have been a catalyst in many of these initiatives, whether it is rejuvenation of lakes or spreading the idea of waste segregation.

For example, the sad state of Puttenahalli Lake was first highlighted in a citizen report by Usha Rajagopalan. This later got more people involved, and prompted more lobbying by citizens that helped include it in the list of lakes getting rejuvenated. Constant citizen engagement, along with regular coverage and volunteers blogging updates on progress on Citizen Matters, helped keep the attention and interest of the local community.

SG: Your sport page was last updated in May. Why is the sport page not given the same importance as the politics, business and environment pages?

In 2008, Citizen Matters was more of a broad-based community affairs journal with a hard governance angle to the reporting and an investigative strength. So sport was there, even if most sport stories were still seriously lensed. Now that we are even more focused on civic, governance and community issues, we are not updating some sections which we have archived.

But overall, I agree that sport got less coverage relatively, and to be honest, we have found very few journalists who have the interest and the aptitude to cover local sport.

Kaustava Bhattacharjee: Would you describe Citizen Matters as a news website or a community platform where people can post their complaints with the city administration?

Both! We do investigative and in-depth journalism, covering the city like we would cover a country. We are also a community platform that allows citizens to share their problems (using the Bcity tool), their views and their experiences that we can all learn from.

Our professional journalism is complementary to the citizen writing. For example, a recent article in which a citizen shared how a developer got away without providing promised amenities got another citizen writing about how buyers need to be careful if the property is under construction—these are a good addition to a professionally written piece on a legal case related to a developer getting clearance based on false data of AMSL of the property.

KB: Given the rapid spread of smartphones, are you thinking of building an Android app for Citizen Matters?

An app is possible anyways. But in a business such as ours, we manage costs carefully. We are already working on several mobile initiatives, one of which you will see soon. Citizen Matters content will be soon be available on the PatterBuzz app, which is a domestic competitor to Flipboard.

MM and Prajeet Nair: Is Citizen Matters’ growth trajectory in line with your expectations?

From an audience-growth point of view, yes. From 3.7k unique visitors in March 2008, we crossed 100k monthly uniques in 2013. During elections 2013, we topped at 130k uniques. Growth for the kind of journalism we focus on and with just the city in scope has been decent.

From a business growth point of view, things are hardly rosy for the media in India overall, not just us. Online advertising rates in India are at 66th in the world, according to Google stats. Print advertising is better, but margins are so small, massive investments are needed to ride out short-term dips. The cost of original journalism and publishing in India online is higher that what either advertisers or readers are willing to pay without corrupting the process itself. We have refused to take money for publishing news, even though it has been offered to us several times.

So it’s a mixed bag. We pivoted out our business to rely less on advertising because of this.

MM: How does Citizen Matters sustain itself financially?

Revenues from print and online editions sustained us initially. Around a year ago, we decided to stop the print issues, because we wanted to focus online and scale higher.

Now we have setup the Oorvani Foundation, a nonprofit trust to ensure a free and independent media that is community-funded—we will develop and promote deep-diving journalism on governance, citizenship and society at the city, state and national levels. We will also be instituting journalism fellowships so talented independent journalists can go do stories that raise the bar for local or national journalism!

World over, public-funded journalism (from NPR to Pro Publica) has done great work in the public interest and has proved the impact of independent journalism.

The for-profit firm is now focused on running the media platforms and publishing guidebooks.

MS and RS: How do you plan on competing with papers like Bangalore Mirror, which are also on a web-based platform?

We don’t see ourselves as competing with them, at the level of a daily newspaper.

Our focus is in-depth journalism—the kind of work we do takes time, effort and talent. We are not limited to a 300-600-word piece to be published within a 6 p.m. deadline like a newspaper. Our journalists take days or even weeks to talk to multiple sources, understand the story, get all the data and write comprehensive pieces.

MS: What do you think is the main section that grabs the readers’ attention and is the primary reason for your site’s popularity?

Our hard stories, exposes, and guides sections are quite popular as well as citizen experiences. Among other reasons, the interaction with writers and fellow citizens, and the learning that is shared, resonates with citizens.

Nirupa Sathya Sree: How do you handle citizen journalists, and how are they different from professional journalists?

Good question! We review citizen pieces and pass it through almost the same rigorous editorial process that we subject professionals to. Citizen journalists have to take a pledge on being fair and not abusive of their privilege. We often talk to the writer, verify some key facts, clean the copy and then publish.

Citizens have a tremendous amount of real-life experiences whereas a professional has the skills to dig for information more efficiently. This is how stories from citizens complement professional reporting.

Professional journalists are better off doing stories that take time, effort, investigation, research, and especially several different points of view. A neighborhood event where kids and parents did some sky-watching using a special telescope is a classic waste of time for a paid journalist. It is best done by a citizen participant.

Even on a serious topic like a getting a khata [property assessment] without a bribe, a citizen sharing his personal experience does not need a professional to repeat it. A professional reporter’s time is better spent investigating how BBMP accounts are audited.

As explained earlier, our hybrid way is a great way to collaborate and get the best of both—real-life experiences and accurate stories from citizens and the rigor of a trained reporter.

SM: Citizen Matters has changed its business model. Is this change a result of the current restructuring in the global media market?

Not really, this is just our evolution, as I said earlier.

Sejuti Das: What has been the response to your guidebook Get To Know Bengaluru Better?

Excellent! It hit the stores just a few weeks ago, and we have sold 1,200 copies through retail and another 1,000 though direct orders, though the formal book release is yet to be done.

SD: What sets Citizen Matters apart from other news websites?

From our side, we can say we strive to be accurate, ethical, credible and comprehensive. Content will always be citizen-oriented. We believe our audience trusts us, and we will safeguard that.

SD: In a debate in October on digital journalism you said: “Regional language websites and alternative blogs represent a vibrant online community. They are, however, faced with challenges of financial sustainability.” How can these challenges be overcome?

I believe the online ad market needs to mature more—it’s still early days. I am also wary of the Buzzfeed-type model. For certain type of content—breaking news, entertainment or sports, large page views may work to an extent. For the rest, we have to see.

The verdict is still out on a sustainable commercial model for online media! It will come eventually, like everywhere else.

This article was first published in The SoftCopy (http://thesoftcopy.in/06_12_13_journospeak_kri.html) and is republished here with permission.

Tags:MEDIA TALK
previousCitizen Matters has changed the news through its reporting…
nextNon-partisan journalism – how we do it