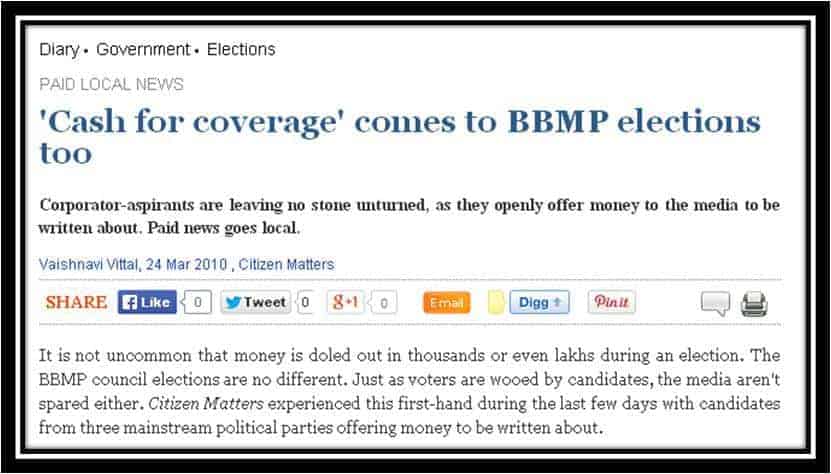 “At last count, there were more than 80,000 registered newspapers and about 400 regional and national news channels across India. But with this proliferation has come concerns about the quality of the journalism being produced. Developing a professional Indian Fourth Estate — one with editorial independence, one that adheres to widely accepted ethical and editorial standards — still faces an abundance of hurdles.

The Indian media landscape is a tangle of conflicting interests. Media outlets, such as the sprawling Network18 — which runs CNBC and CNN-IBN in India — and NewsX, are financed by big corporations with other pressing interests, such as telecommunications and petrochemicals; a large number of news organizations, including News 24 and the Sun Group, have close links with powerful political players. Western media, too, may see conflicts of interest at times, but in India, the best practices in ethical standards seen in the international journalism are unevenly applied.”

– excerpt from Press Ganged by Rahul Bhatia on Foreign Policy

Non-partisan, independent media is hard to find. And it’s even harder to fund!

Citizen Matters is an editorial product, led and guided by its content. We’re defined by what we cover, and how we do it. We can’t depend on sponsors with commercial interests, who believe that their contribution would imply a say in the kind of content we publish, for example, the insistence on paid news, the way it has become acceptable in many mainstream media. 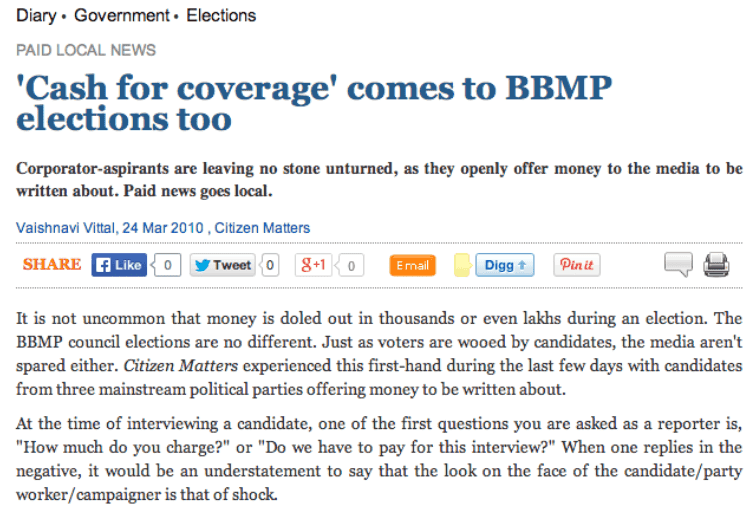 For the past 5 years, we have broken stories, established a forum for civic dialogue and empowered Bangaloreans with information, all with a bare-bones budget. World over, we have seen public funded media like National Public Radio (NPR), Public Broadcasting Service (PBS) and Pro Publica  do great work in public interest and prove the impact of independent journalism. And we are inspired by them!

To continue creating comprehensive articles of substance and insight, and to award fellowships, we are going the crowd-funding way. It allows large numbers, who want such media to exist, to make small, affordable contributions to support a media platform they like.  We will use every rupee that we raise to gather hard information and publish hard stories that help citizens make sense of what’s going on in Bangalore.

Lakhs of readers know Citizen Matters and its work, and we want them to support and become stakeholders in this initiative. For more, click here.