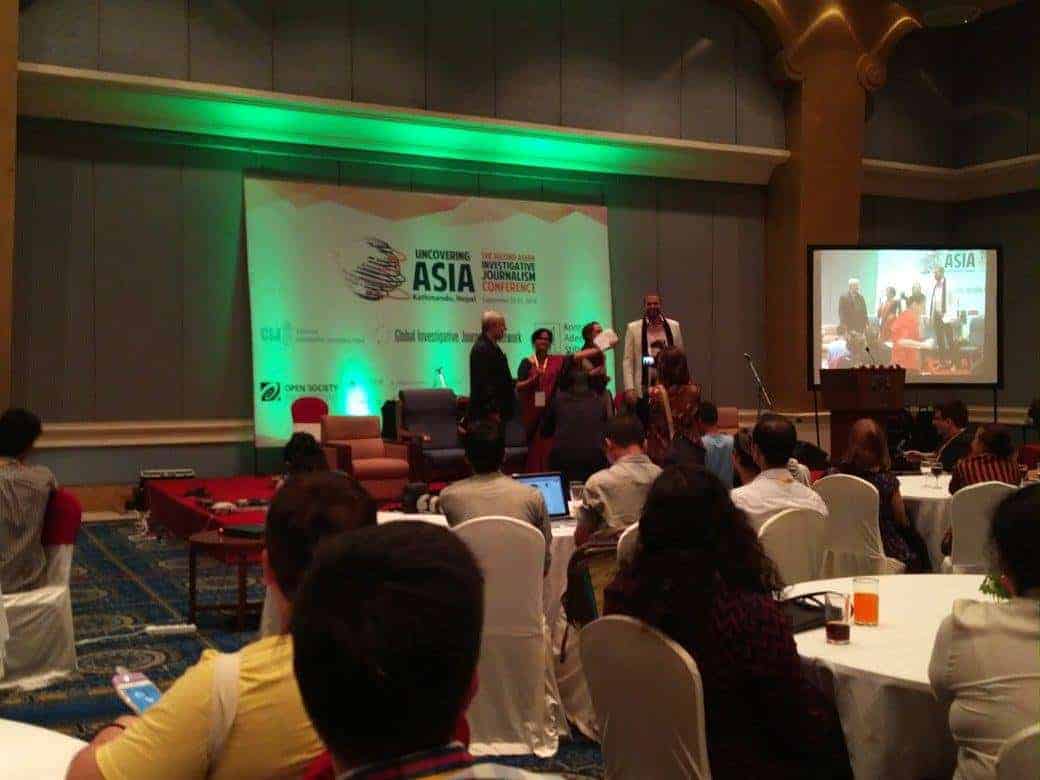 It was a privilege to attend this conference under the fellowship offered by Global Investigative Journalism Network. Parallel back to back enlightening, interactive and knowledge-sharing sessions, variety of subjects, networking, great contacts from not only India but also around the world… digging deep into the world of investigative journalism was exciting.

The conference was conducted in the absence of chief organiser, Kunda Dixit, co-founder and board member of the Nepal Centre for Investigative Journalism. He was said to be in exile, due to the alleged crackdown of the local government, but spoke to the conference crowd through a video. It was chilling to hear the sorry story of Himal, a publication that was closing down due to lack of funds and crackdown on foreign funds by the Nepal government.

Then there was the Panama Papers team, sharing their experiences, knowledge and tips on how to investigate corporate networks. There will be more stories unearthed by this team. (There is also going to be a Bahama papers series soon!)

It was a revelation for me, that while so much analytical and data-based investigative journalism was happening across the world, India remained far behind in terms of good investigative journalism. I always wondered why the Operation Blue Virus, a pre-poll sting operation-based report conducted before the 2014 elections, fell through the cracks without hitting headlines in other media. As the conference went on, I found the answer to this question myself. A short interaction with Anirudh Bahl of Cobrapost helped, of course.

All in all, I felt there was hope, in terms of better data accessibility, transparency, networking, collaboration etc. However, the biggest problem for independent media working towards quality analytical, investigative journalism still remains: the funding.

The highlight: There was the Pulitzer Prize-winning journalist, Walter V Robinson a k a Robby Robinson, who headed Boston Globe for many years, under whom Roman Catholic clergy sexual abuse scandal was unearthed. He stayed behind the scenes throughout the conference, and rocked the stage on Saturday (Sep 24th) evening with his keynote address. Do listen to his speech! (Timecode: 21.23 onwards)

Also, do watch the movie Spotlight (2015) based on this story.